The Inspiring Leader : Why values matter 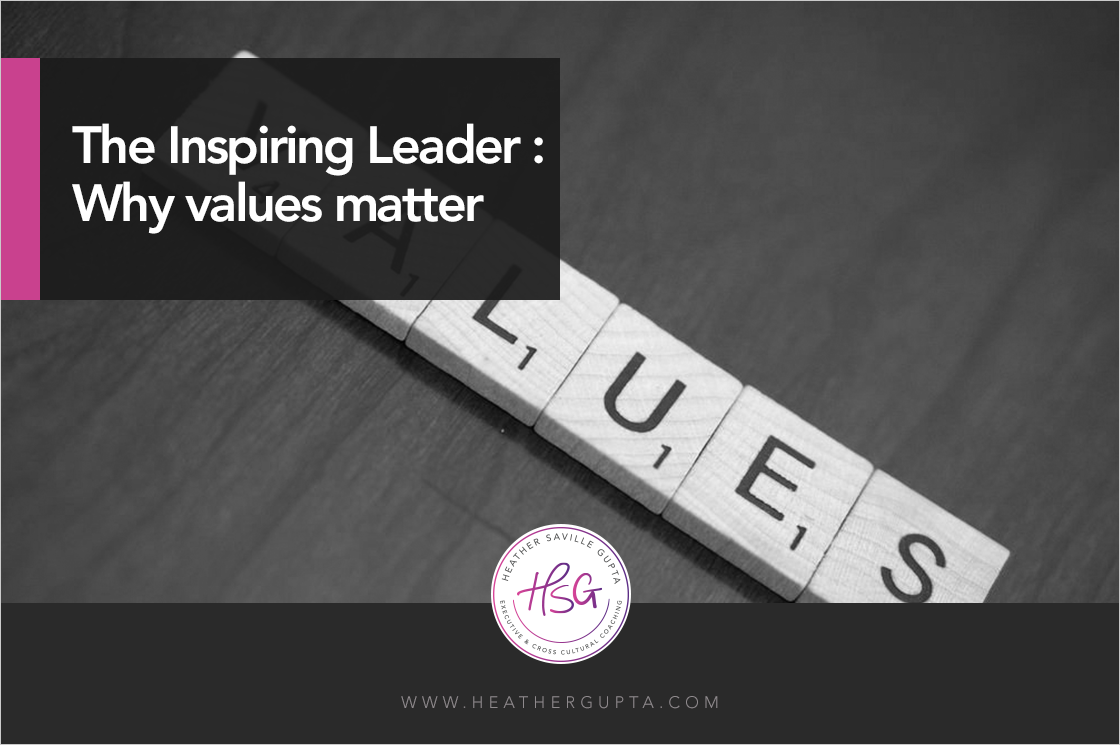 The word “values’ is bandied around all the time in the business world. Unfortunately, that’s often where values begin and end – as words, without meaning or consequence.

Most companies have a set of defined values, which are usually beautifully articulated on websites and in annual reports, and which even adorn walls of corporate offices. They’re usually pretty similar. Words like Innovation, Passion and Integrity splashed across reception areas, accompanied by powerful images.

It’s critical to have a set of values, and it often takes time and effort to crystallise your company’s efforts and intention into a set of 5-6 words. But that’s only the beginning.

The challenge is then twofold – the first is to express these values in terms of a set of clear, recognizable and well defined behaviours. The second is to ensure that those values become an integral part of every single employee’s psyche – from the top of the company to the bottom. This is when the real work starts.

One of my favourite values is Transparency. It’s a great value to have, with powerful implications of open and honest leadership, a company where employees feel that they can speak freely, and a general sense of clarity and lack of politics. Unless the word is developed into clear expressions of behaviour, and built into the systems of the company at all levels, it’s likely to remain an aspiration rather than a reality.

Transparency could be expressed in a number of ways, and some definitions could include – regular “town hall” meetings with all employees, during which the CEO answers questions, clarity on HR policy and any changes to policy, sharing business goals and targets, and even taking employee inputs on how to spend company money.

Another one is Compassion. Companies love to have this as one of their values, believing it will help position them as caring employers. But that’s not enough. Compassion will remain a vague attempt at being warm and fuzzy unless it is clearly articulated as “things we will do”. How will leaders treat their employees, when it comes to demonstrating that compassion? Will HR policies take a compassionate as well as a business led approach? Does the employer show compassion for vendors, potential employees, society and even the environment?

Expressing values as behaviours is a good thing. But this is still all theory, until people start to actually walk the talk. And it starts with the company’s leaders. Unless members of the leadership team are living, breathing examples of the company’s values on a day by day basis, they will be meaningless.

Imagine a company where the HR leader talks about Compassion, but won’t consider a request for leave from an employee who is undergoing a personal crisis. Or a CEO who talks about Transparency, but refuses to meet employees who have concerns they wish to express.

The case of Enron is a well documented example of leaders who didn’t walk the talk. Values of Respect, Integrity and Communication were completely at odds with the culture of greed which resulted in unethical behaviour at all levels. Employees down the line were following the behaviour demonstrated by their leaders, and while many of them may have questioned this, Enron was eventually destroyed by its failure to act ethically and according to its own set of values.

HOW DO WE MAKE VALUES REAL?

So how do we, as leaders, ensure that values remain at the heart of what we do?.

Start by taking a long, hard look at your own company’s values. Does it even have a set of clearly articulated values? If it does, are those values in sync with your own? Do you know how to make those values come to life? Does the company regularly audit those values and connect them to behaviour? Are potential, and existing employees aware of the values, and do they uphold them?

If you’re unclear about your own personal values, or those of your company, I may be able to help. Get in touch for a no obligation chat.